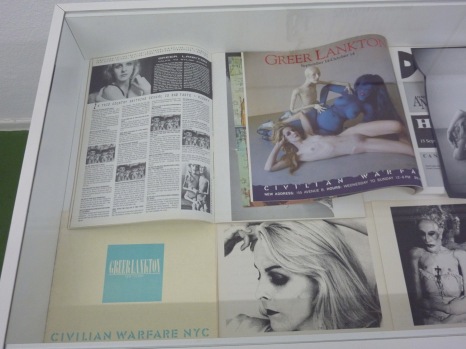 Do your dolls have problems?
Yes, eating disorders, depression, they can’t get jobs, their apartment’s too small… 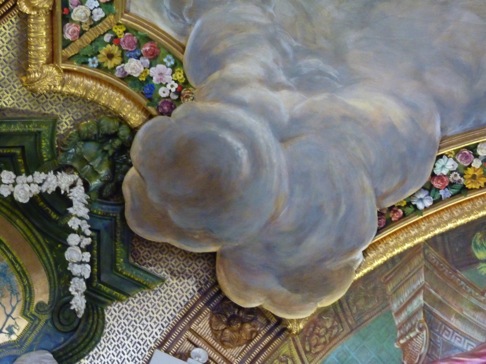 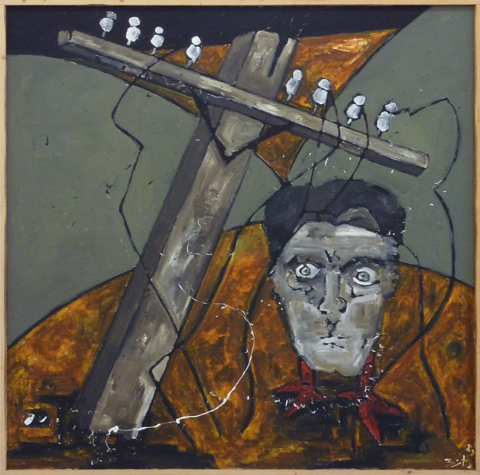 In the third, culminating component of Koether’s exhibition cycle, the framed, deep-hued Isabelle commands the stage. A pink and orange phallus painted in the quickly-drying „instant“ medium of gouache, Isabelle appears not so much as an emblem of patriarchy and fetishism, but is rather a disruptive, fluid force – a jouissance with the power to even shape its own frame. Evoking a rich history of works investigating the phallus as parody, pun, and pose (Louise Bourgeois’ Fillette, Marcel Duchamp’s Objet-Dard, and Yayoi Kusama’s Infinity Mirror Room – Phalli’s Field (or Floor Show) come to mind, all produced in the 1950-60s), the phallus of Isabelle is an action-ready, self-possessed, reliably magical object. No longer part of a male body but with a female name, adorned with testicles resembling breasts (and the apples in another work occasionally on display in this exhibition), Isabelle could be seen as what Kleinian psychologists might call a combined parent figure – a hybrid or unity of opposites that is less sweetly erotic than frighteningly self-generative.

Not that there wasn’t any reason to complain: Number one was the gigantic cross that appeared at the end. The work of Andreas Golder, it looked fantastic — a great purple blobby mess of bones, flesh, and organs, crowned with a giant penis. But could the symbolism be more heavy-handed? (Headed?)